News on our Covid precautions and advisories

Thank you for your interest!

We will be in touch shortly. 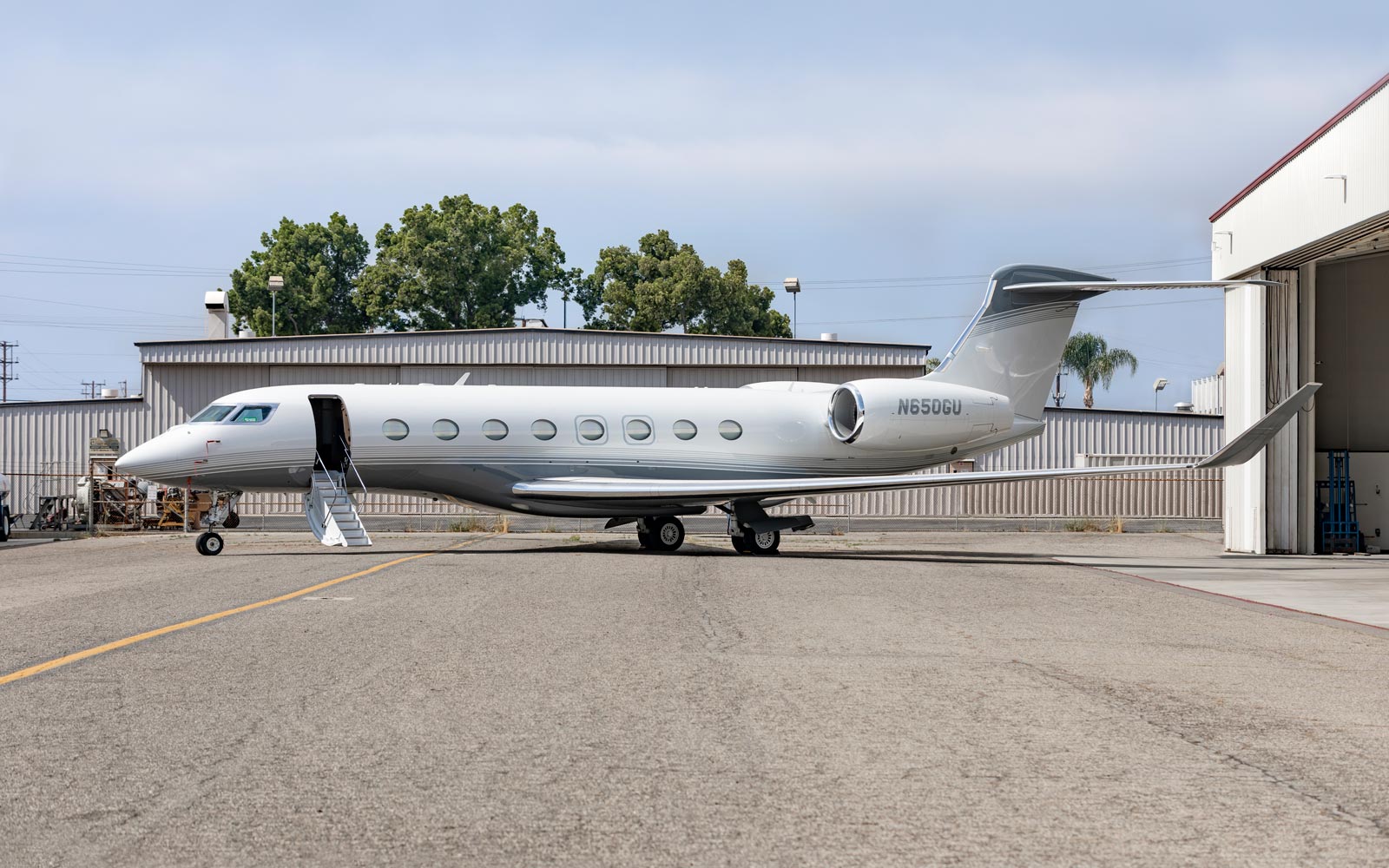 Planet Nine Private Air (“Planet 9”), the Van Nuys, California based private charter opera-tor and aircraft management company, announced today (21 June) that it has added a privately-owned Gulfstream G650, to its managed fleet, effective immediately. The air-craft, will be available for third party charter through its aircraft management division.

The owner selected Planet 9 to professionally manage the aircraft, citing its ability to pro-vide a fully tailored service, offering transparency on costs, service and high reliability as paramount.

Fitted with 13 luxury seats, the low-time 2015-built aircraft complements Planet 9’s own five-strong Dassault Falcon 7Xs, operating out of Its Van Nuys, Los Angeles, CA base. The G650 will be joined by a sister model, the Gulfstream G550, from the same owner, in the next six weeks. Both will be offered for charter.

“This is a major endorsement for Planet 9 to be adding managed aircraft alongside our own fleet after just one year of operations. We pledge full transparency on costs, a tai-lored program throughout the year and will work closely with the owner to maximize the asset when available for charter,” commented Matt Walter, Co-Founder of Planet 9.

With the arrival of the Gulfstream G650, Planet 9 has engaged in-house Gulfstream trained maintenance technicians to support the type.

The Gulfstream G650 offers a 7,000 nm range, 14 hours’ flying time, based on a full complement of passengers flying. Its cabin is stylishly laid out in three zones to work, relax and rest. Cabin entertainment includes high speed KU band international wifi which is accessible via eight large iPad devices or from passengers’ own devices.

“We have been gearing up to support this aircraft type for months now and are especially delighted to be expanding into third party aircraft management with such a popular aircraft type.”

Planet 9 flies corporations, family offices and UHNWs from the West and East Coasts of the USA to destinations including Europe, Russia and the Middle East.

Planet 9 is headquartered at the iconic Van Nuys Airport in Los Angeles, California and also maintains a presence in New York and London. The company is led by a highly ex-perienced team of aviation professionals and its business plan utilizes a ‘floating fleet’ model. The efficiency it brings to its operations enables the business to pass on to its customers superior pricing. Planet 9 has chosen the Falcon 7X fleet as its owned aircraft of choice. Planet 9’s aircraft all feature sparklingly refurbished cabin interiors, including full Wi-Fi and IFE from Gogo/Swift Broadband. Planet 9 was endorsed with WYVERN WINGMAN status, under its new onsite Flight Leader Program, coinciding with NBAA-BACE last Fall.