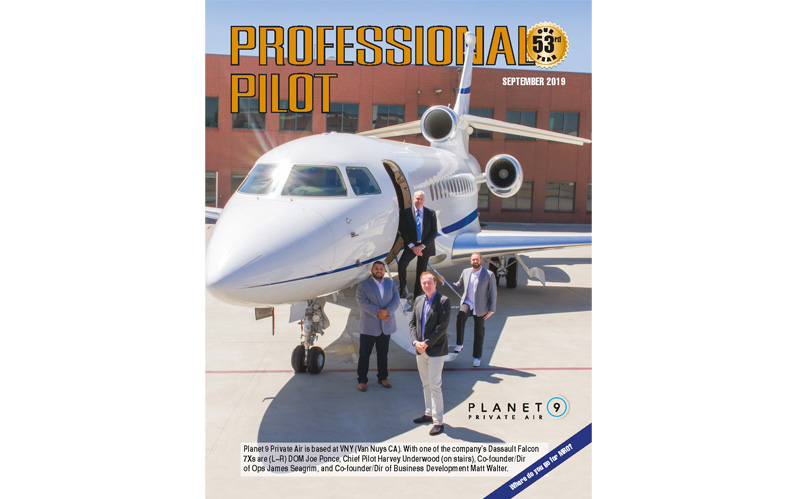 Demand for long-range charter lights has risen to a level never expected a decade ago when recessionary effects had a debilitating impact on business aviation. While other market segments are seeing dips in year-over-year activity, long-distance private travel has shown strong improvements.

As aircraft become increasingly capable, and with more models competing in this arena, a charter company must offer something special to stand above the crowd. One Southern California upstart believes it has the answer: the Dassault Falcon 7X. Planet 9 has been in operation for just over a year and already has a fleet of the trijets whisking customers across the globe. The company’s rapid success shows it may be on to something.

From finance to flying

“When we say we’re going to do something, we do it,” states Co-founder and Director of Operations James Seagrim. Therefore, when he and his team set the lofty goal of becoming a top choice in the premium ultra-long-range charter world utilizing the Falcon 7X, that’s exactly what they did. Just 12 months after their 1st light (June 2018) with its sole aircraft, Planet 9 is fully established as a major player and has expanded to 5 7Xs in operation, 4 of which are wholly owned by the company. While the 7X continues as the primary choice, Planet 9 has also added Gulfstream G650, G550, and Bombardier Global 5000 models to the stable.

Planet 9 is not Seagrim’s 1st foray into the charter business. Born and raised in the UK, Seagrim was on holiday in Africa in 1997 when he experienced a 1st-hand encounter in aviation that would change the course of his life. “I was boarding a Cessna 210 when the pilot invited me to sit in the front seat with him,” he relates. “After lying over the delta at about 300 ft looking at the wildlife below, he offered to let me land the airplane.”