News on our Covid precautions and advisories

Thank you for your interest!

We will be in touch shortly.

From the first day of operations we have built Planet Nine with the systems and infrastructure to oversee a 20+ aircraft fleet. Our founders have a combined 75 years of aviation experience and every flight will be organized and customized to ensure our passengers an onboard service that would be no different to owning the aircraft themselves. 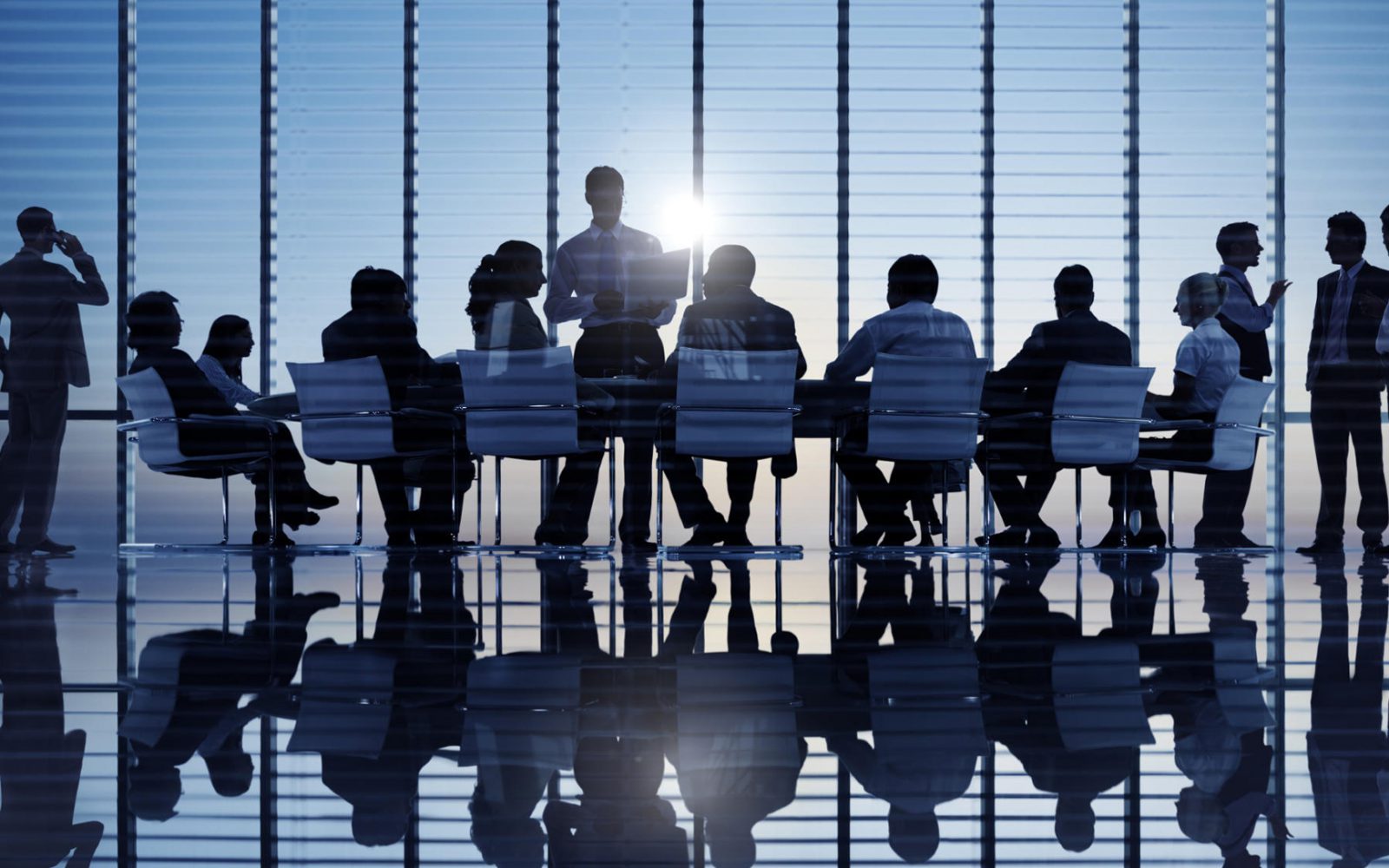 James brings nearly 20 years of flying and private aviation experience as Planet Nine’s Director of Operations. He is a highly experienced pilot with over 10,000 hours logged and a check airman in both the Gulfstream V and Bombardier Global Express aircraft. James’s previous role, (prior to the merger with Zetta Jet in 2016), was the founder and Director of Operations of Advanced Air Management (“AAM”) where from 2010-2016 he grew AAM with Matthew Walter, from a single aircraft operation to a fleet of 12 ultra long range jets operating worldwide. From 2016-2018 he served as Director of Operations for Zetta Jet. A specialist in organizational growth, James has the operational experience, knowledge and entrepreneurial drive to ensure Planet Nine succeeds in every aspect. Prior to his aviation career, Mr. Seagrim was a Bond Trader for a major international bank. Mr. Seagrim holds a BSc in Economics from Bristol, England.

Matt brings nearly 20 years of experience in the aviation sector with a focus on managing fleets and organizing private jet charter and will be instrumental in leading Planet Nine’s business development both in terms of fleet growth and company sales. Matt’s previous role, (prior to the merger with Zetta Jet in 2016), was the co-founder, President and Director of Sales of Advanced Air Management (“AAM”) where from 2010-2016 he grew AAM with James Seagrim, from a single aircraft operation to a fleet of 12 ultra long range jets operating worldwide. From 2016-2018 he served as Director of Sales for Zetta Jet. Relying heavily on past experience, gained knowledge, and key relationships Matt will be instrumental in implementing Planet Nine’s plan for controlled growth. He is dedicated to his clients and sets the highest bar in the industry for customer service. He is a qualified private pilot and holds a B.S. in Aeronautical Science from Embry-Riddle Aeronautical University.

Karen joined Planet Nine in July 2018 as Financial Controller, and assumed the role of CFO in June 2019. She brings 30 years of global accounting and financial leadership to the team. Karen has extensive experience in the areas of corporate treasury, financial reporting and operational and currency risk management programs. Prior to joining Planet Nine, Karen was Senior Manager of Regional Accounting & Finance Division at Honda Trading America Corp. Her responsibilities included all areas of accounting and finance in North and South America. She currently serves on an advisory board for upcoming treasury products and has been a presenter at various treasury conferences. Karen is a CPA and holds a Bachelor of Arts degree from Otterbein University in Westerville Ohio.

Harvey is a highly experienced pilot with over 9000 hours of international flying time. He has over 20 years’ experience in the aviation industry both in a managerial and flight training capacity. Harvey has flown a variety of ultra-long range aircraft; Gulfstream IV, Global Express 5000/6000 and the Dassault Falcon 7X in which he holds Check Airman and Training Captain Authority. His primary objective as Chief Pilot at Planet 9 is to ensure a highly motivated and conscientious pilot team, capable of delivering total customer satisfaction within the most stringent of industry safety cultures. Harvey holds a B.Sc (Hons) degree in Physics and Astronomy from University College London (UCL) and post graduate M.Sc in Nuclear Reactor Physics from the University of Birmingham in the United Kingdom.

Justin joins the Planet Nine team as the Director of Customer Service with over 16 years of aviation experience in commercial airlines and business aviation operations. He holds a wealth of knowledge in managing flights globally. He spent nearly a decade with Universal Weather and Aviation starting as a mission advisor focusing on global regulations, permits and customs for Part 91 and Part 135 trips. He then moved up to the charter management team as a senior mission advisor where he facilitated and oversaw over 5,000 operational sectors around the world. Justin spent the last 2 years as the Operations / Customer Service Manager at Zetta Jet. Justin’s vast experience with his passion for charter operations is key to ensuring every flight is performed seamlessly with Planet Nine.

Kirti brings over 12 years of sales, charter brokering and customer service experience to head up as Director of Sales at Planet Nine. She spent nearly a decade working with global brokerage Air Charter Service in their London and Mumbai offices as one of the top performers whilst jointly managing the Executive Jets Department. More recently she worked as Sales Manager at Zetta Jet significantly increasing their European presence. Passionate about corporate aviation, Kirti believes in building strong, long lasting relationships and providing the perfect customer experience at Planet Nine. She is a private pilot and graduated with a BA Hons degree in Business Studies from Kingston University in the United Kingdom.

Carlos joins Planet Nine as Operations Manager with over 35 years aviation experience. He served in the Portuguese Air Force for 24 years starting as a military Air Traffic Controller and then in the Maritime Surveillance Search and Rescue program. Later he spent 8 years with NetJets working in their Lisbon head office as a shift supervisor in the International Trip Planning department overseeing all worldwide operations for all ultra-long range aircraft flights. He joined European operator Masterjet for 5 years as Operations Manager leading a team to co-ordinate and handle all aircraft movements globally. Carlos relocated to Singapore to head up Zetta Jets operations team managing a fleet of 22 aircraft. His dedication to his work and his global operations experience will be a valuable asset in ensuring Planet Nine’s flights are executed to the highest standards and meet our client’s expectation. Carlos holds a Flight Dispatcher License issued by the Portuguese Civil Aviation and is a graduate in History from Lisbon University.

William brings over 22 years of aviation and safety experience to Planet Nine. He began his professional aviation career in the United States Marine Corps where he flew the F/A-18 Hornet and F-5 Tiger II. His passion for aviation safety began during his position as Director of Safety for an aircraft-carrier based squadron in Miramar, California. In the private sector, William served as the Safety Manager for Advanced Air Management and Zetta Jet, in addition to Global Express 5000/6000 captain from 2014-2018. Other flying experience includes B-737 pilot at a US major airline. William holds a Bachelor of Science degree in Professional Aeronautics from Embry-Riddle Aeronautical University and a Master of Public Administration (MPA) from Marist College. He is also a graduate of the Naval Post Graduate school of Aviation Safety. Leveraging this experience, William maintains the premier safety program in the industry fostering a positive working environment for all employees and safe flight operations for our customers.

Steve has worked in the aviation industry for over 40 years since joining the Royal Air Force as an Air Traffic Controller. After leaving the service in 1986 he worked, mostly as an expatriate for Airlines, Governments, Major Corporations and NetJets. During 11 years at NetJets he filled a number of number of senior posts including the setting up of an in house International Planning department, management of the Ground Services and Slot Management departments and finally as Global Category Manager responsible for Fuel and Airport Services with an annual budget of $650 million. Since 1990 Steve has been involved in running the fuel contracting and operations programmes of major business jet operators with fleets of 3 to 700 aircraft ranging in size from Citation to Boeing 747. Steve is instrumental in ensuring all Planet Nine flights benefit from competitive cost savings on fuel and airport services around the world. Steve holds a IATA Airline Management Diploma.

Hilary brings 10 years of commercial and corporate experience to the inflight department at Planet 9. After graduating college majoring in Global Tourism and Marketing, Hilary quickly immersed herself into aviation. Her previous experience has included working for Emirates in Dubai and Zetta Jet out of Singapore. She has managed, developed and facilitated training programs and materials for numerous companies and private aircraft owners. With an eye for talent she and her team of professionals are creating not only a world class product but a department based on integrity. Together, they strive to provide the best inflight service experience.