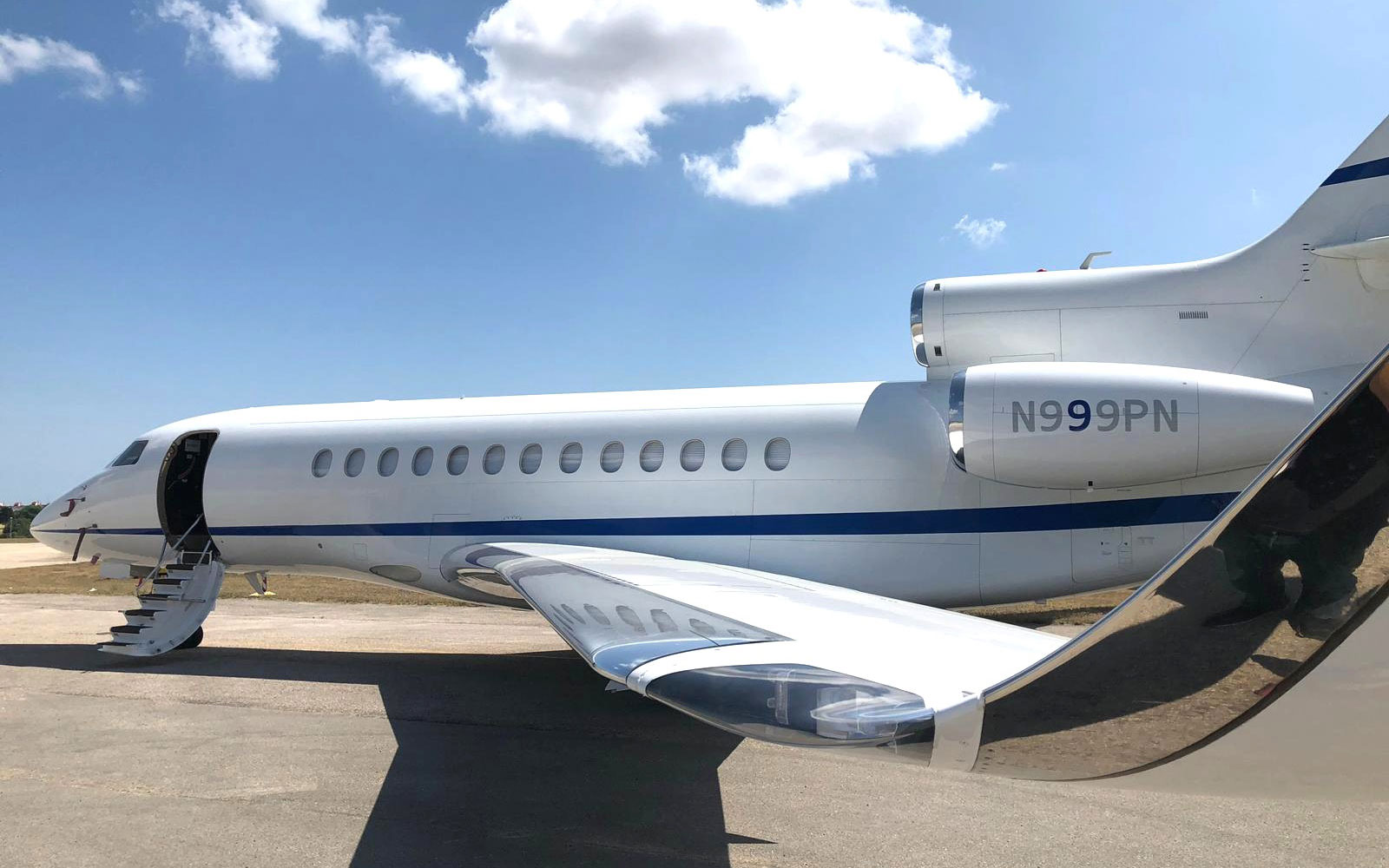 The latest aircraft, registration no. N999PN, brokered by Freestream Aviation Limited is a 2012 model and is sporting the distinctive Planet Nine 14-seat luxury executive interior, with a crew rest area, Swift Broadband Wi-Fi and IFE. Like its four sister aircraft, this Falcon 7X will be positioned for charter globally between Van Nuys, Teterboro, Miami and London available for multi-leg and one-way domestic and International missions.

“We said at the outset our goal was to steadily grow to support a fleet of five company owned ultra long-range aircraft to complement our managed aircraft fleet and we are delighted to have accomplished that inside of a year of revenue operations,” said Planet Nine’s Matt Walter, Co-founder and Head of Business Development.

Attending NBAA’s Regional Forum in White Plains, NYC, this week Kirti Odedra, Director of Sales added: “This growth would not have been possible without the dedication and hard work of our now 63-strong Planet 9 team; the terrific response we have received and continue to foster from International charter brokers and loyal customers, who keep coming back to us because of the highly personalised, relationship-driven service we offer.”

Planet Nine flies corporations, family offices and UHNWs from the West and East Coasts of the USA to destinations including Europe, Russia and the Middle East.

Planet Nine is headquartered at the iconic Van Nuys Airport in Los Angeles, California and also maintains a presence in New York and London. The company is led by a highly experienced team of aviation professionals and its business plan utilizes a ‘floating fleet’ model. The efficiency it brings to its operations enables the business to pass on to its customers superior pricing. Planet Nine has chosen the Falcon 7X fleet as its owned aircraft of choice. With operating costs at least 30% lower than equivalent Gulfstream G550 and Bombardier Global 6000 aircraft, the 7X has a distinct advantage over its competition. Planet Nine’s aircraft all feature sparklingly refurbished cabin interiors, including full Wi-Fi and IFE from Gogo/Swift Broadband. Planet Nine was endorsed with WYVERN WINGMAN status, under its new onsite Flight Leader Program, coinciding with NBAA-BACE last Fall.